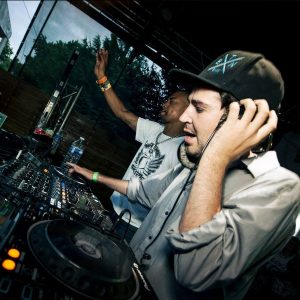 Introducing the most illusive member of the Jungletek Mafia C3B. Locking himself away during daylight hours in dark studios surround by pulsating beats and swirling synths, C3B is the silent but deadly one of the bunch.

Don’t mess with this producer as he will knock you over and over again with his epic, full on, wide range, mega massive tracks. This boy got skills. His productions draw influence from free party/teknival vibes, reggae, dancehall, gyspy and hip hop – all mashed together with thumping kick drums, warped breaks and bouncy bass lines. If you want to witness this producer in action then get in there quick as we predict big things for our man in the future.

He makes music that takes you places and Amen4tekno believe his music will take him places way beyond the underground scene. With a sound that stays true but touches on a more commercial appeal C3B has laid down some massive tunes over the last year keeping us wanting more and more.

If you are lucky you might catch C3B B2B with General Waste displaying why the Mafia work so well behind the decks. When two great musical minds come together are you prepared for what might happen?